Integrity is the coin of our realm. That’s not just a saying we have on a second-floor wall in our office to take up space – it’s the way of doing business here at the Ohio Chamber of Commerce. As we walk by, we are reminded more than ever of the role integrity plays in how we advocate for Ohio’s business community and represent our members in state government.

Trust in government remains low, with less than half of Americans trusting government to do what’s right according to the Edelman Trust Barometer. The image of politics is at its worst right now. Divisiveness abounds, and policymaking is perceived to be made by those who can spend the most, and in today’s state government, bad actors – and bad actions – have resulted from a process that is too often driven by self-interest, lacks transparency and is overshadowed by negativity.

It is the obligation of groups like the Ohio Chamber to rise above the skepticism and distrust to provide both transparency and leadership when advocating on essential business issues. That’s why the Ohio Chamber firmly believes that making Ohio a better place for job creation and economic growth requires leaders – whether in business or in government – to be held to the highest standards of ethics, integrity and responsibility.

Why it Matters for Ohio’s Businesses

The Ohio Chamber works to ensure the legislature maintains its priority of making Ohio a better place in which to do business. As a steady voice and advocate for free enterprise for the past 127 years, the Ohio Chamber relies heavily on its robust democratic processes for political and policy positioning.

It’s a deliberate process that may seem cumbersome or may move more slowly than some would like, but we know that earning respect means not taking the easy route – it takes thoughtful consideration of the issues, hearing from multiple voices within the business community and honest brokering of information. It takes transparency, accountability and action – all based on a robust set of values that will not be compromised.

It is the obligation of Ohio’s business leaders to rise above the fray and, as a trusted partner and advocate for making Ohio a strong place to do business, the Ohio Chamber is ready to amplify that conversation. We are refocusing on what integrity in government means for Ohio’s businesses and our own members so that we can help ensure a strong economic climate where all businesses can flourish and jobs are created.

Why it Matters for Ohioans

Ohioans deserve lawmakers and business leaders who are honest and transparent in policy and decision making and use taxpayer dollars wisely. A recent Pew Research national survey reports that some Americans see fading trust as a sign of cultural sickness and national decline. However, 84 percent believe the level of confidence Americans have in the U.S. government can be improved.

Our businesses and policymakers should be held accountable to ensure they perform their duties in the public interest and not for personal gain. Sound and fair policy making matters to Ohioans and the future viability of our communities.

Why it Matters for Elected Officials

Within state politics, bad actors – and bad actions – have resulted from a process that too often is driven by self-interest, lacks transparency and is overshadowed by knee-jerk reactions to highly visible events. According to the Pew survey:

Trust in government by businesses and Ohioans is essential for effective and efficient policy making. It helps improve compliance with rules and regulations and reduce the overall cost of enforcement. Additionally, it can increase confidence in the economy.

Elected officials have a duty and responsibility to maintain and strengthen the public’s trust and confidence in government by demonstrating the highest standards for integrity and honesty, upholding the laws, and serving the interests and needs of citizens at all times.

The Ohio Chamber invites businesses seeking more – and something better – to join us. A seat at the table of integrity comes with high expectations, but creates success for our members and for Ohio’s business climate.

Integrity is the Coin of our Realm post on our All for Ohio blog. 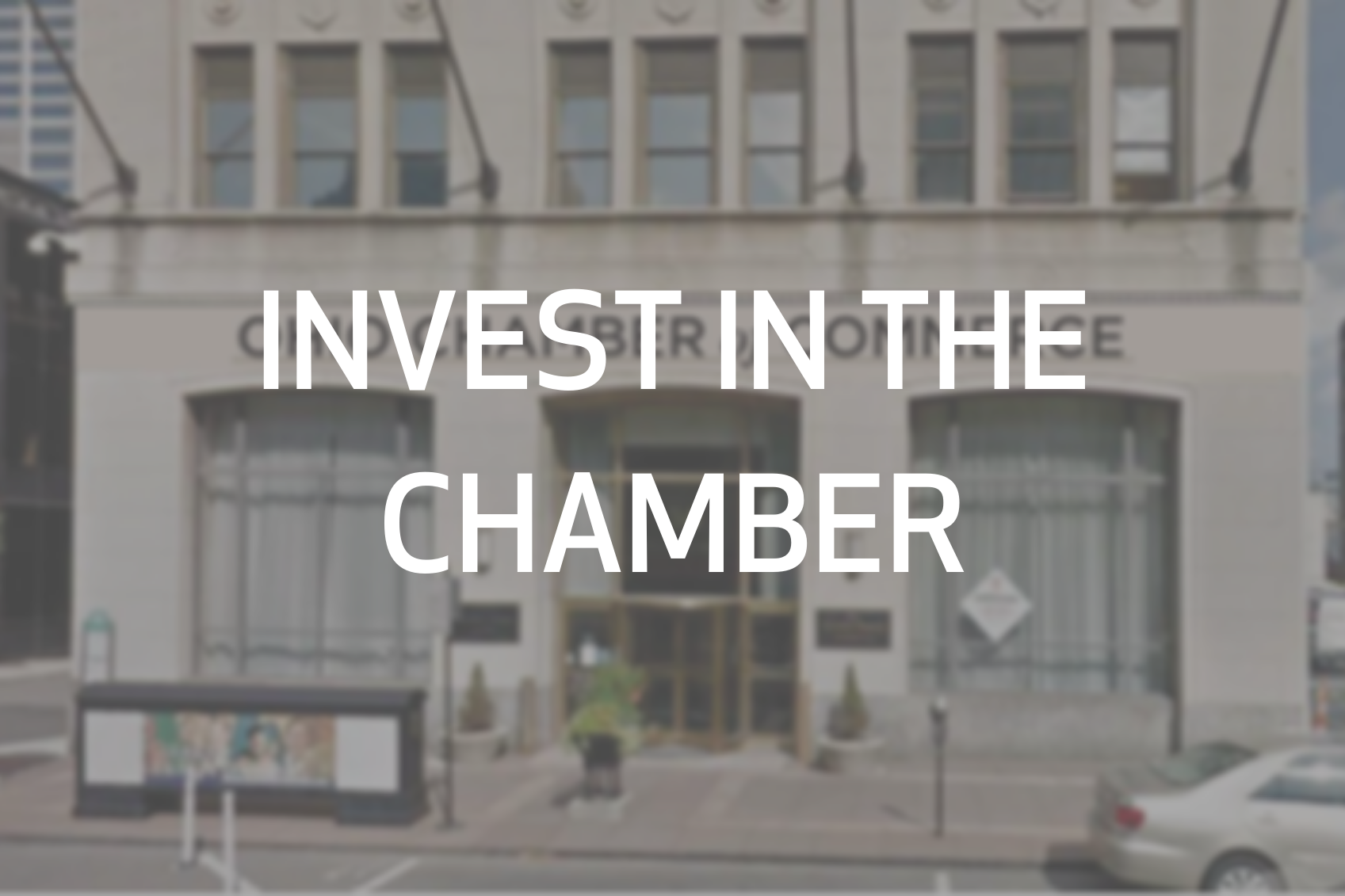 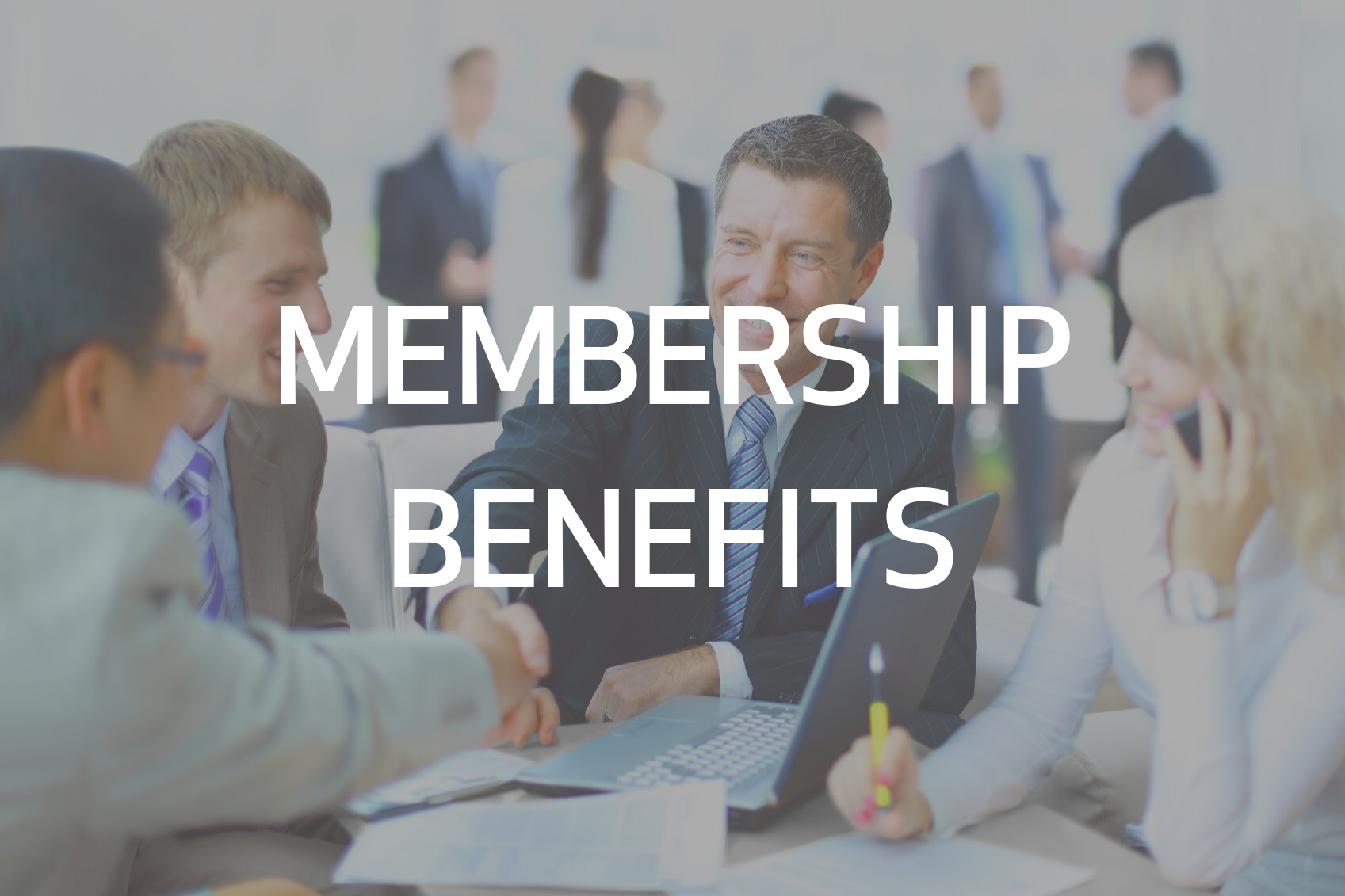 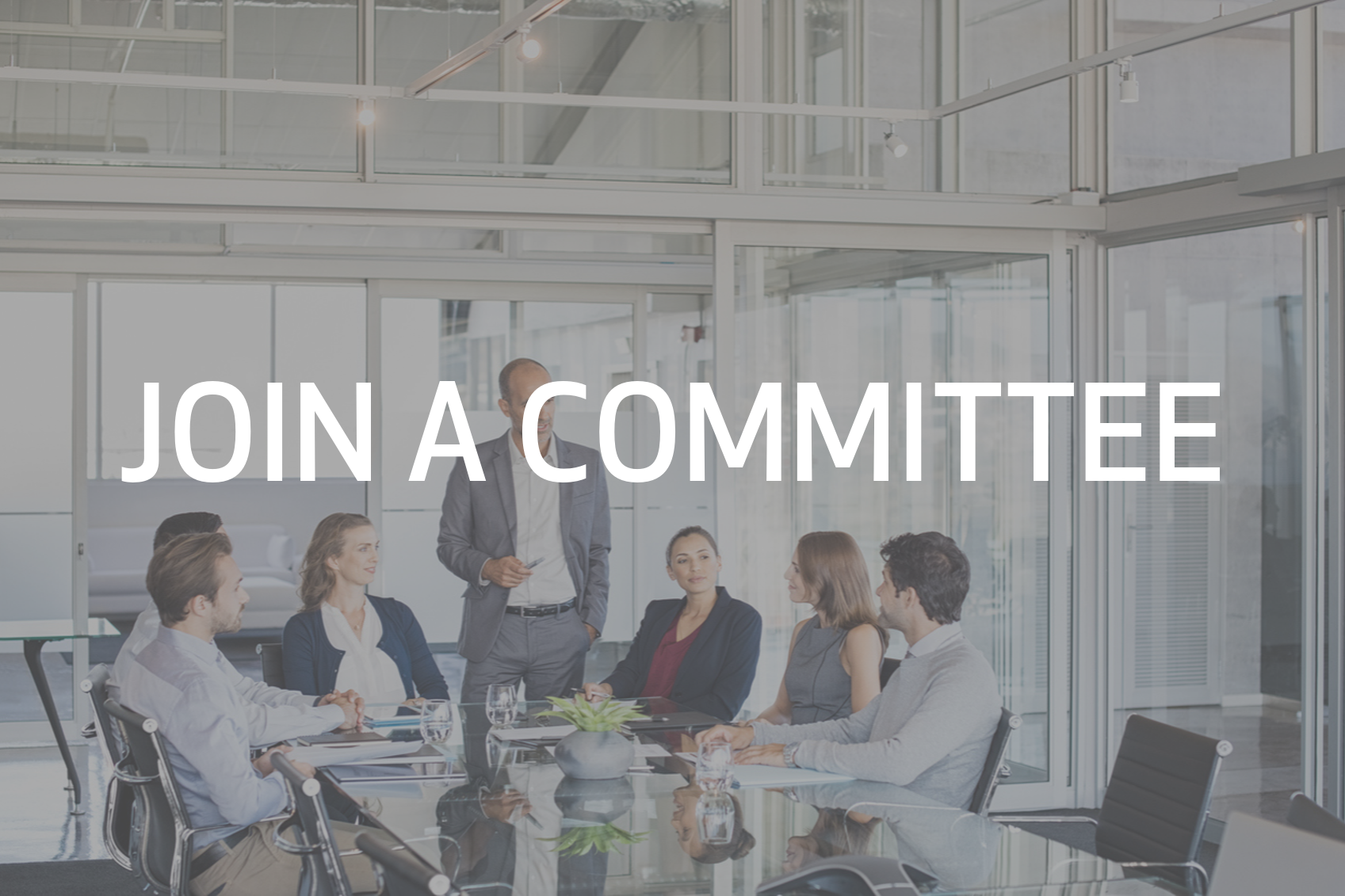 Our members can share how they support the Ohio Chamber by sending a sample letter to the editor, posting on social media or talking with other business leaders. Use the information provided in our Integrity Toolkit. 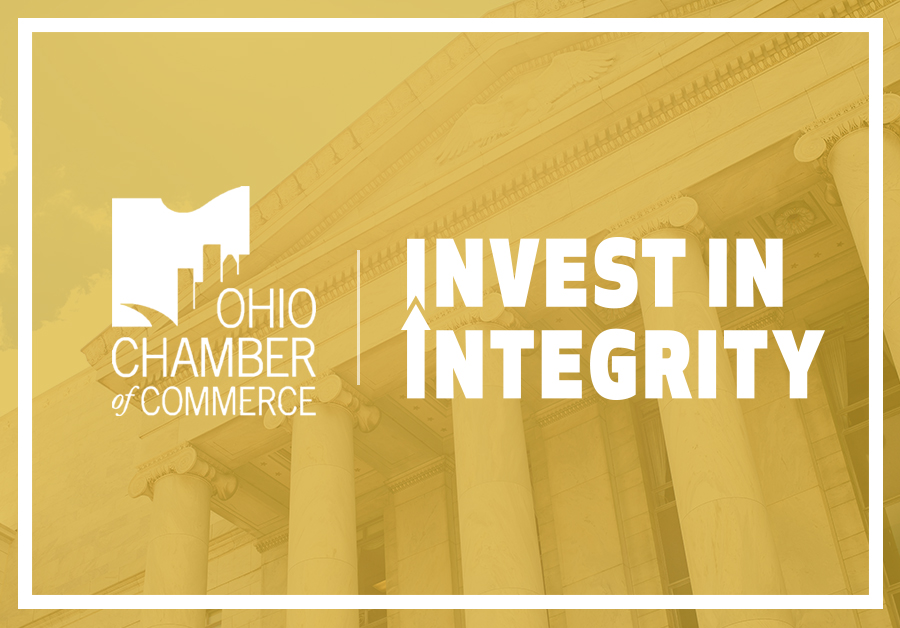 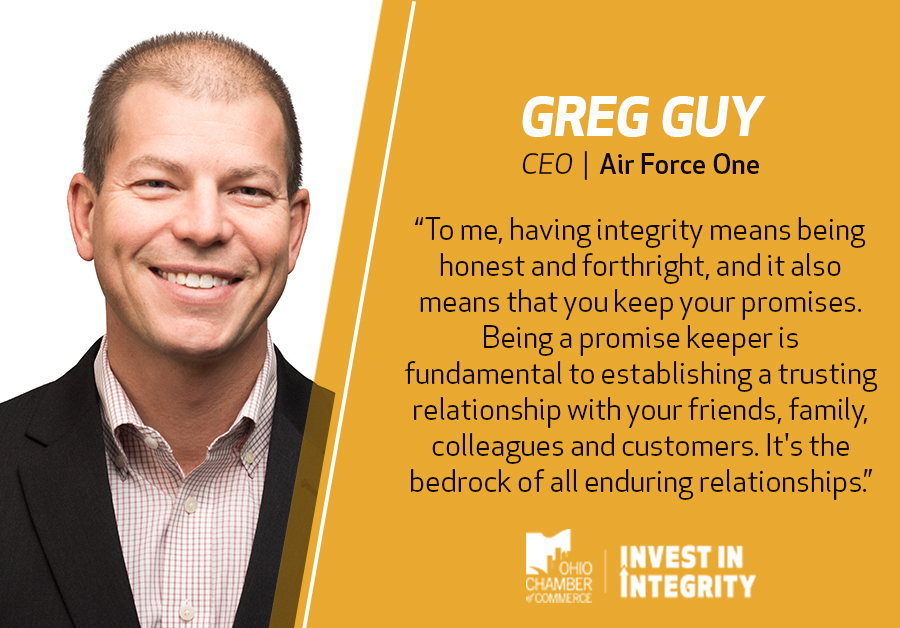 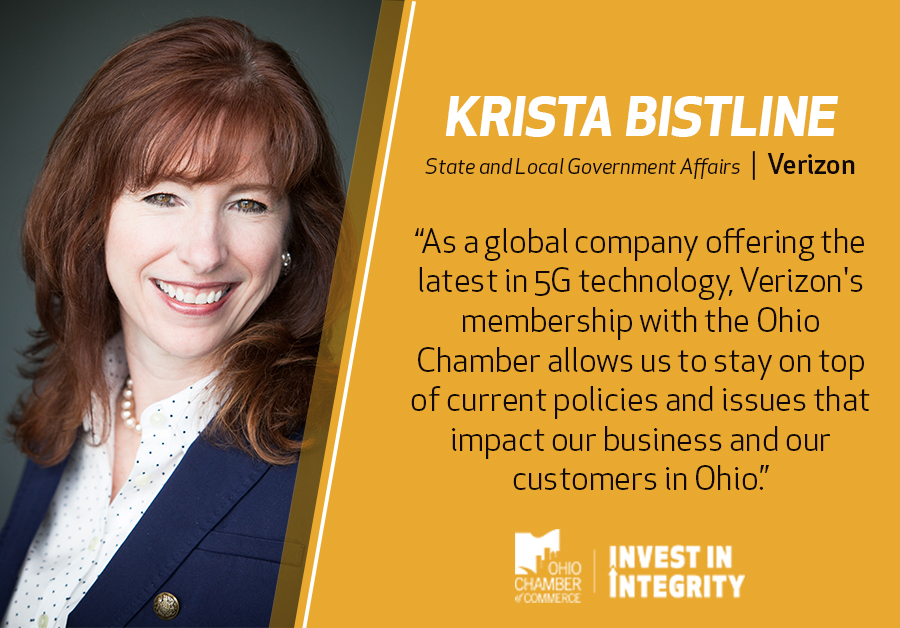 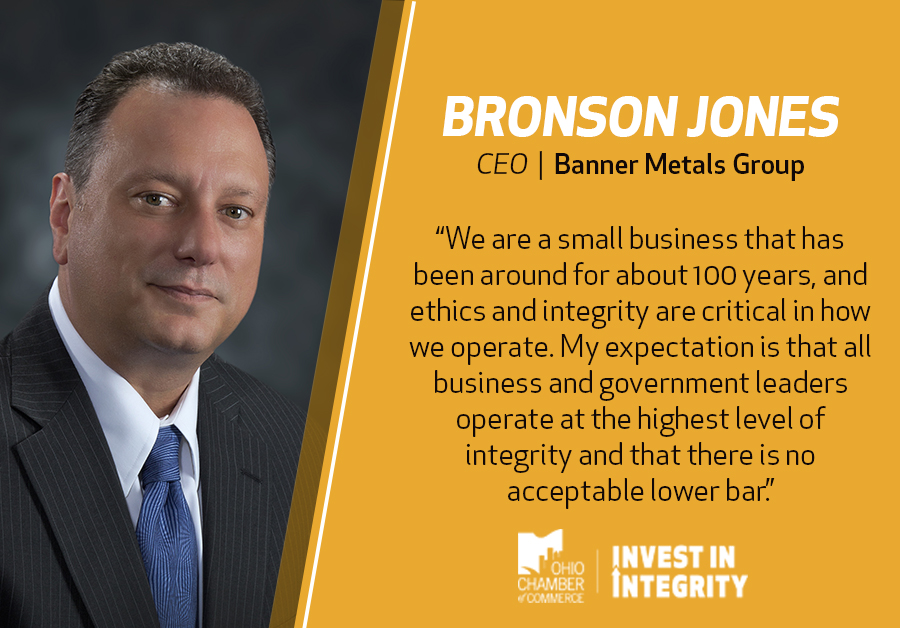 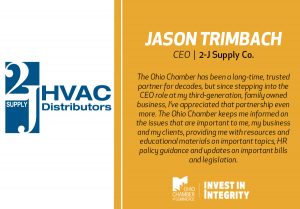 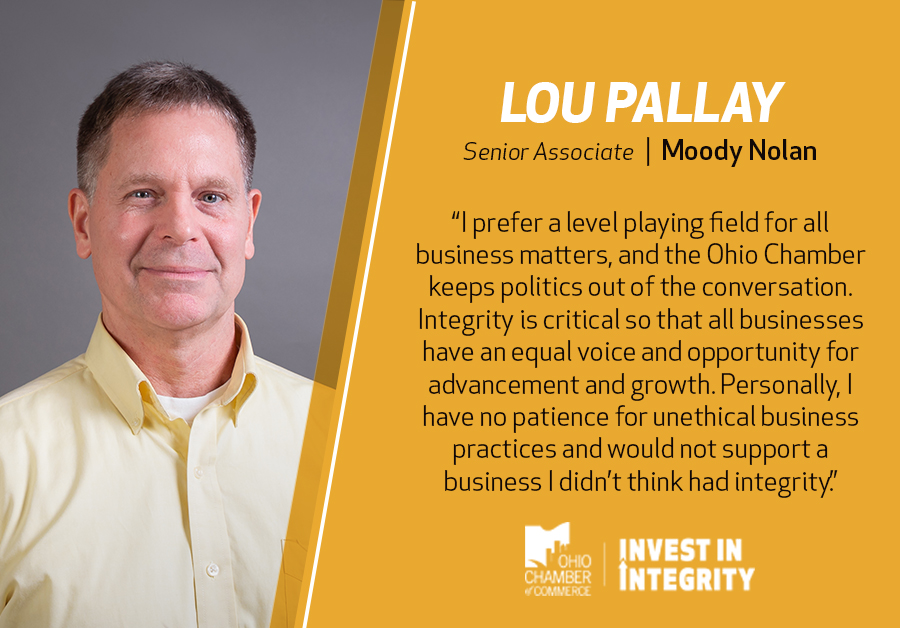 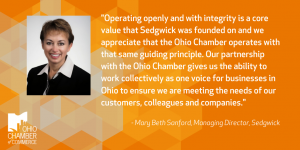 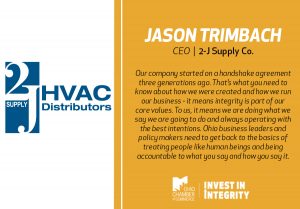